This year senior developer, Henry Rojas and developer, Sam Bagnall from M2A Media made the pilgrimage to Las Vegas for AWS re:Invent 2019.

A feature in any cloud developer’s calendar, AWS re:Invent promises keynote announcements, training and access to more than 2,500 technical sessions, not to mention a plethora of after-hours events and activities. So, did it live up to expectations?  Was it worth the 11-hour flight from London, the subsequent jet lag and hustle and bustle as 65,000 software engineers from all over the world hit Vegas for four days? Turns out, yes, it was. Now back on GMT, I caught up with Henry and Sam about their conference highlights, from tech to restaurants and more.

The speaker sessions from Nicolas Weill, Senior Product Manager at AWS featured prominently on both Henry and Sam’s list of highlights.  Not least because of the name check that Weill gave M2A Media’s CEO, Marina Kalkanis, for the company’s work with Apple on Low Latency HLS in his Chalk Talk: ‘Achieve ultra-low latency in live video streaming’.

Endorsements aside, Weil’s earlier talk, presented with Kieran Patel, Solutions Marketing Manager at AWS, entitled ‘Building Resilient live streaming video workflows’ discussed the benefits of AWS Media Services, such as MediaLive, MediaConnect and Media Package when applied to live streaming workflows –  invaluable to the team’s work on M2A LIVE STREAMING as they continue to optimise the product’s reliability and scalability.

Another session, Build your microservices application on AWS Fargate and the announcement that the Elastic Kubernetes Service (EKS) is now available on AWS Fargate was also well received by Henry, Sam and the M2A dev team back in London.  This new update to AWS Fargate will allow M2A to focus on its serverless applications and avoid the overhead of managing EC2 instances.

The guys also made a beeline for the Netflix session; Capacity Management Made Easy with Amazon EC2 Auto Scaling.  Less catchy than other Netflix session titles we’ve seen, the presentation on how the OTT platform delivers shows like Sacred Games, Stranger Things, The Crown, and many more to 150+ million subscribers across 190+ countries around the world, proved to be a good call in terms of learning how Netflix handles its peaks in traffic and with useful parallels to be drawn with the application of M2A’s own video on demand product, M2A LIVE CAPTURE.

“.. it was good to hear about how they stress test their workload and how they use their provisioned instances for other work to avoid idle time,” says Sam Bagnall.

Similarly, the session from Indian broadcaster, Hot Star; Hot Star: Live streaming at record scale caught Henry Rojas’s attention. The session discussed how the broadcaster deals with challenges and solutions needed to manage backend and analytics systems to serve ads at scale to 15 million users, track live streaming usage in real time and build broadcast-level resiliency into their architecture to handle world-record-level traffic (Hotstar actually claimed to have hit a peak of 25.4 million (!) during the Cricket World Cup this year).

Out of all the distractions that re:Invent threw their way, both Sam and Henry agreed that the AWS Deep Racer Tournament and workshops were pretty cool.

“AWS DeepRacer is a fun little diversion offered as a service by AWS which allows you to configure a virtual robotic car and to train a model to teach the car to drive along a track.   As you train the model you can see the output in the logs or graphed with progress and rewards on the Y axis and batch runs on the X axis, and there is a visualisation of the car’s progress around the track,” Sam Bagnall explains.

Though neither of them were quite ready to part with the $400 for the physical race car, it sounds like they will both be playing with AWS DeepRacer some more over the year ahead.

Tech aside, food (in all its many offerings), board games and the bouncy castle and ball pit at the re:Play festival, added to the fun. Top marks for after-hours activities AWS. A good time was had by all.

So, so long re:Invent and thanks for a great week. It was absolutely worth the trip.  M2A will see you in 2020!

For more detailed analysis of the Media & Entertainment launches during re:Invent 2019, take a look at AWS Marketing Programme Manager, Lindsey Anderson’s recent blog on the topic. 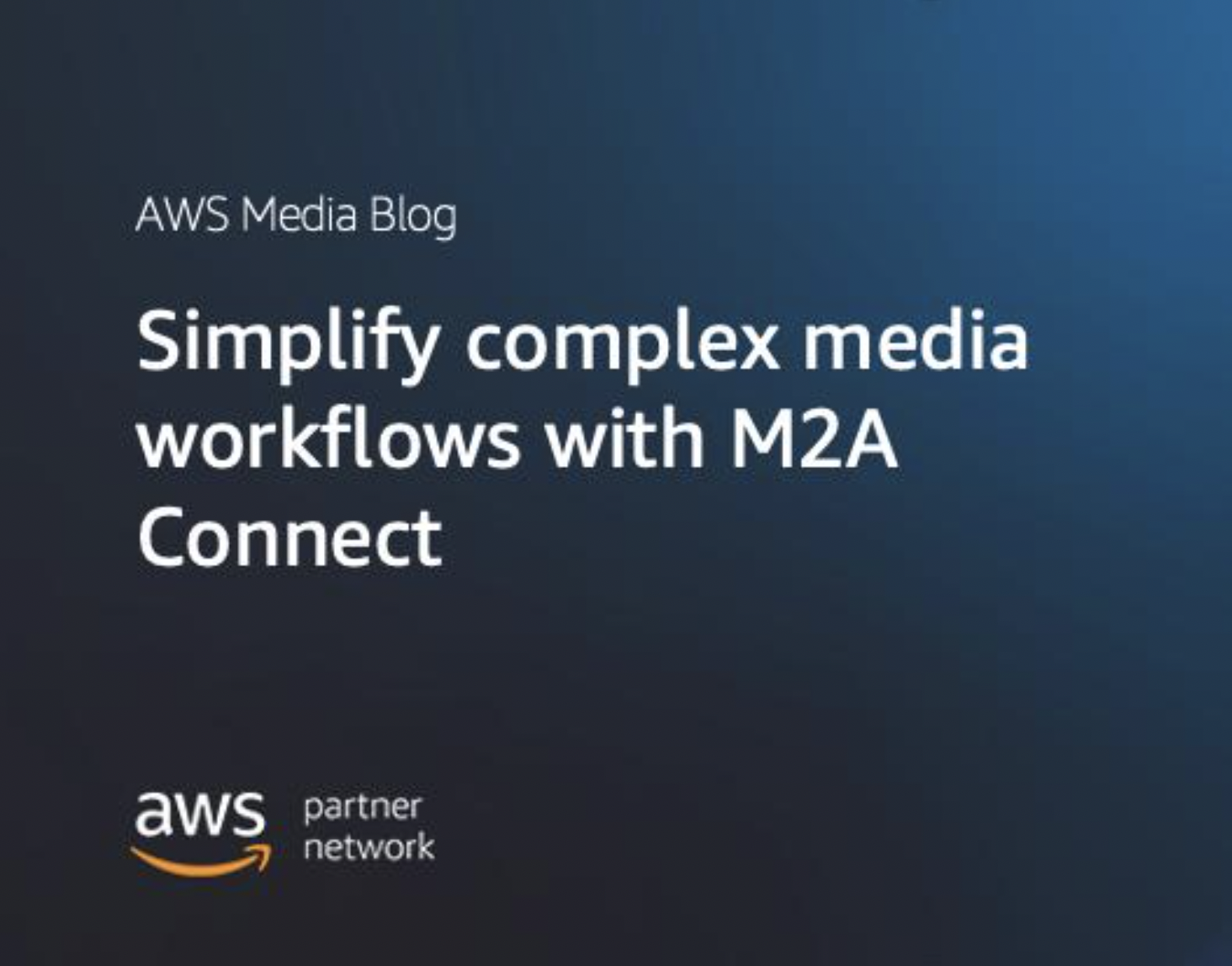 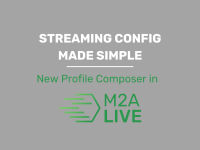